take out except for alcohol and eating out, and newspapers.

(3) Details of qualified products (Please see the image picture below from the National Tax Agency, Q&A)

(4) Responses to difficult cases to judge
Whether a reduced tax rate is applied or not is judged at the time of consumers’ purchasing products. That is, it is judged when food, beverages, etc. are traded.

For instance, in UK, even among the same categorized foods, delicatessens at supermarkets are subject to the reduced tax rate of 0%, whereas warm hamburgers are considered as luxuries and subject to the standard tax rate of 20%. Likewise in France, butter is imposed at the reduced tax rate of 5.5%, whereas margarine is imposed at the standard tax rate of 20%, which is due to the intention of protecting dairy farmers producing butter.  As such, each European country sets up different VAT rates, considering various circumstances.

４．Conclusion
In this News, as previously mentioned, we have focused on the system of a reduced consumption tax rate itself and omitted the explanation of the related issues including the introduction of an invoicing system.

If you have any questions, please feel free to contact us. 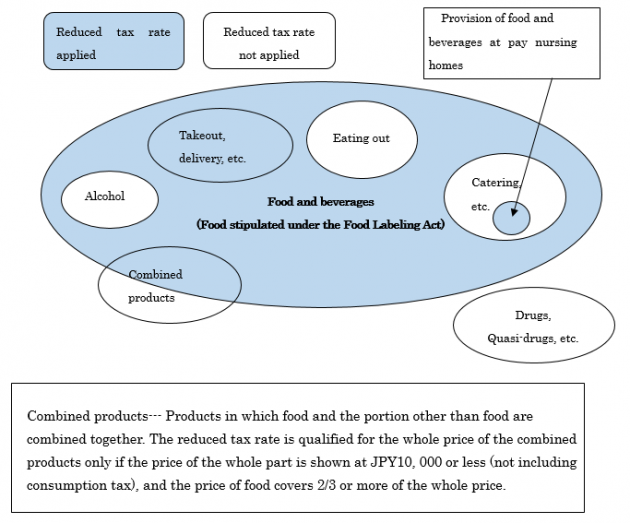